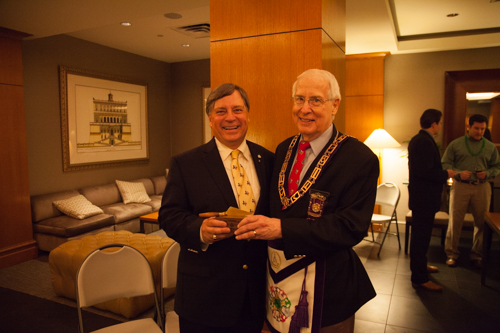 As mentioned in the March Beacon, the Golden Trowel is a means for Lodges in Texas to recognize and honor distinguished members through this official award from the Grand Lodge of Texas. It is formal recognition of a Brother for his devoted service to Masonic principles in general or to his Lodge. It is intended for the Brother who, year after year, quietly, but actively demonstrates his devotion to the teachings of Masonry without thought of recognition or special honors and is the highest Award a Lodge can bestow upon an individual member.

We are pleased to include several pictures from this special event.