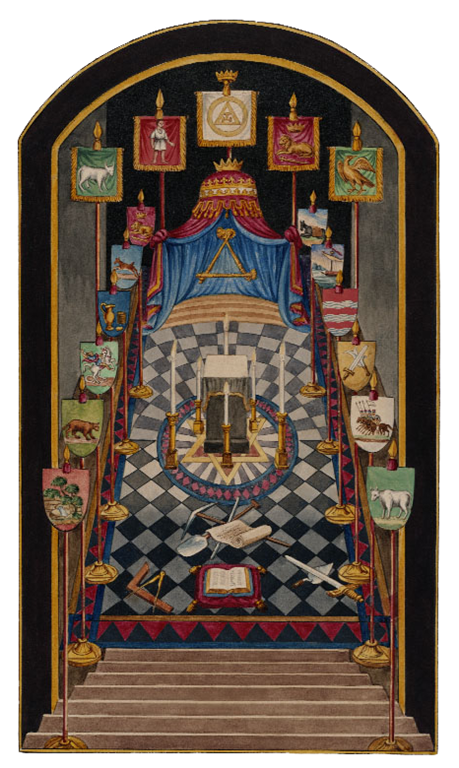 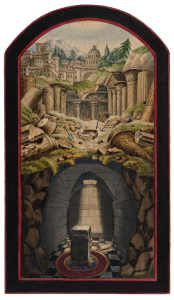 The York Rite or American Rite is one of several Rites of Freemasonry. A Rite is a series of progressive degrees that are conferred by various Masonic organizations or bodies, each of which operates under the control of its own central authority. The York Rite specifically is a collection of separate Masonic Bodies and associated Degrees that would otherwise operate independently. The three primary bodies in the York Rite are the Chapter of Royal Arch Masons, Council of Royal & Select Masters or Council of Cryptic Masons, and the Commandery of Knights Templar, each of which are governed independently but are all considered to be a part of the York Rite. There are also other organizations that are considered to be directly associated with the York Rite, or require York Rite membership to join such as the York Rite Sovereign College. The Rite’s name is derived from the city of York, where, according to a Masonic legend, the first meetings of Masons in England took place.

The York Rite is one of the appendant bodies of Freemasonry that a Master Mason may join to further his knowledge of Freemasonry.

Since the York Rite is actually a grouping of separate organizations joined in order, each body operates with relative autonomy. And though they are referred to as one rite it is common for individuals to be member of some bodies and not others. For example, in many jurisdictions Cryptic Masonry can be skipped allowing the person to be a member of just the Royal Arch and Knights Templar. It is also common for non-Christians to join only the Royal Arch and Council of Royal & Select Masters, as the Knights Templar require members to be willing to defend the Christian faith, if needed. But no matter what the Royal Arch is always required and membership in that body must be kept in order to maintain membership in the other two bodies.

Details on the individual bodies are as follows:

(Also Known As The Chapter) 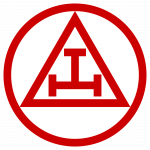 As for the degree of Royal Arch Mason, Turnbull and Denslow contend that “It is the most widely known and talked about degree in the Masonic system” because it had been part of the third degree until the formation of the United Grand Lodge of England.  Although glimpses of Royal Arch Masonry vocabulary appear in Masonic literature from the 1720s, the first verifiable appearance of Royal Arch Masonry is in Ireland in the 1740s during a Dublin procession. According to Lodge No. 21’s records, the “Royal Arch” was carried in a procession by “two excellent Masons” through Youghal, Ireland, on December 27, 1743. The degree is also mentioned disapprovingly in Dassigny’s “A serious and impartial enquiry into the cause of the present decay of Free-masonry in the Kingdom of Ireland” published in Dublin in 1744.  Separate notes in this work indicate that the rite was practiced in Dublin, London and York, and described it as an “organis’d body of men who have passed the chair” (i.e. served as the Master of a Craft lodge).

In 1749, the Grand Lodge of Ireland issued warrants to Lodges 190 and 198 to establish “Royal Arch Lodges”.

From Ireland, the Royal Arch spread to England, where it fueled the rivalry between the two Craft grand lodges in existence at that time. In 1717 the original Premier Grand Lodge of England had been formed in London to govern Craft Freemasonry in England. From 1751, its claim to represent the whole of English Craft Freemasonry was contested by the Antient Grand Lodge of England. In the ensuing debate, the newer grand lodge became known as the “Antients”, while the older was referred to as the “Moderns”.

(Also Known As The Council) 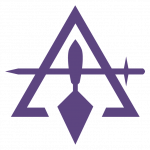 (One variation of the Royal & Select Masters’ Emblem, of which there are many.)

History of the Cryptic Degrees

The degrees of Royal and Select Master were not originally combined into one system, each having been conferred by separate parties and initially controlled by separate Councils. As near as may be determined from conflicting claims, the Select degree is the oldest of the Rite. It was customary to confer the Royal degree on Master Masons prior to the Royal Arch, and the Select degree after exaltation to the sublime degree. This accounts for the fact that control of the Cryptic degrees vacillated back and forth in many jurisdictions, even after the formation of Grand Councils.

The Royal degree appears to have been developed primarily in New York under direction of Thomas Lownds, whereas the Select was vigorously promulgated by Philip Eckel in Baltimore. It is claimed by Eckel that a Grand Council of Select Masters was formed in Baltimore in 1792, while it is definitely known that a Grand Council of Royal Masters (Columbian No. 1) was organized in 1810 in New York. It remained for Jeremy Cross to combine the two degrees under one system, which occurred about 1818, and this pattern was adopted in most jurisdictions as the degrees became dispersed beyond the eastern seaboard.

The degree of Super Excellent Master is not allied to the other two degrees of the Cryptic Rite, so far as its teachings and traditions are concerned. The records of St. Andrews Chapter in Boston indicate that a degree of this name was conferred during the latter part of the eighteenth century. The earliest positive reference to the Super Excellent in connection to the Cryptic Rite is December 22, 1817, when a “Lodge” of Super Excellent Masters was organized by Columbian Council of Royal Masters in New York. The incidents, teachings, and ritualistic format of the Super Excellent degree bear no resemblance to any former degrees so named, which appears to justify the claim that it is American in origin.