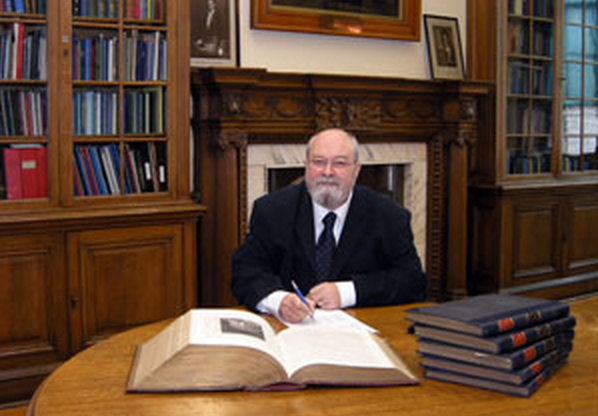 Brother Cooper is an accomplished author and has appeared on many popular documentaries on the History and Discovery Channels about the masonic fraternity. His books include Cracking the Freemasons Code, The Masonic Magician, and The Red Triangle: A History of Anti-Masonry.

The Oration was about Scottish Freemasonry in the United States and covered everything including early masonic origins in the dark ages, the overlap of the operative masons and the speculative freemasons, the migration of Scottish Masonry to America, the initiation of President George Washington (who was initiated as a clandestine mason for the record), and the building of the capitol buildings of the new American Republic.  Interesting to note is that the Scottish Lodges that formed in the United States brought the operative masons over to build the White House for their brother and President of the United States, George Washington, among many of the Capitols other monuments.

An overview of Robert L D Coopers masonic lecture can be seen in the slide show below, and don’t worry, even though this was a closed event to Master Masons only, there are no masonic secrets captured in the images below.

If you would like to hear Brother Coopers lecture, there will be a youtube video embedded below from a previous masonic lecture that is very similar in structure.

After his lecture, Brother Robert Cooper gave the Dallas Freemasons ample time to ask questions about anything on their mind.  Topics covered everything from early american histories to his particular beliefs on masonic origin and where Freemasonry came from.

Brother Cooper answering questions about Rosslyn Chapel, the Knights Templar, and masonry prior to to the Grand Lodge system.

He did seem to skirt around the area of why todays six remaining operative lodges, which have been in existence since the 17th century (predating the Grand Lodge system) have not passed down any of the speculative traditions that it supposedly birthed.

According to Grand Curator Robert Cooper, these early operative lodges would have been the birth place of the Entered Apprentice and Fellowship degrees, and known the esoteric work for these degrees.  This was so much so that,the operative lodges would not join the Grand Lodge system when it emerged due to the required adoption of the Masters degree and the meanings held in that degree.  He provides no explanation as to why there is no understanding around why they let teachings, that were once so dear to them, die out from their practice and even recollection.

Every other craft seems to have historians who can tell you exactly how they historically performed their craft, but no one but modern Freemasons seem to know these esoteric rituals and symbols of what is attributed to the operative masons.  If it is in fact the case, then this would have to be one of the most puzzling Freemason secrets out there.  Hopefully one day someone will find out the right.

Brother Cooper was very gracious with his time and after his questions and answers section.  He stayed around to sign copies of his books, shake hands and meet and talk with some of the Dallas Masons in attendance.