As usual, our Masonic Festive Board held at Chamberlains Steakhouse in Addison Texas was a huge success with the Brethren of Hillcrest Lodge and our Brother Dallas Masons.  Brent Morris was our Guest Lecturer this year and he did a fantastic job. 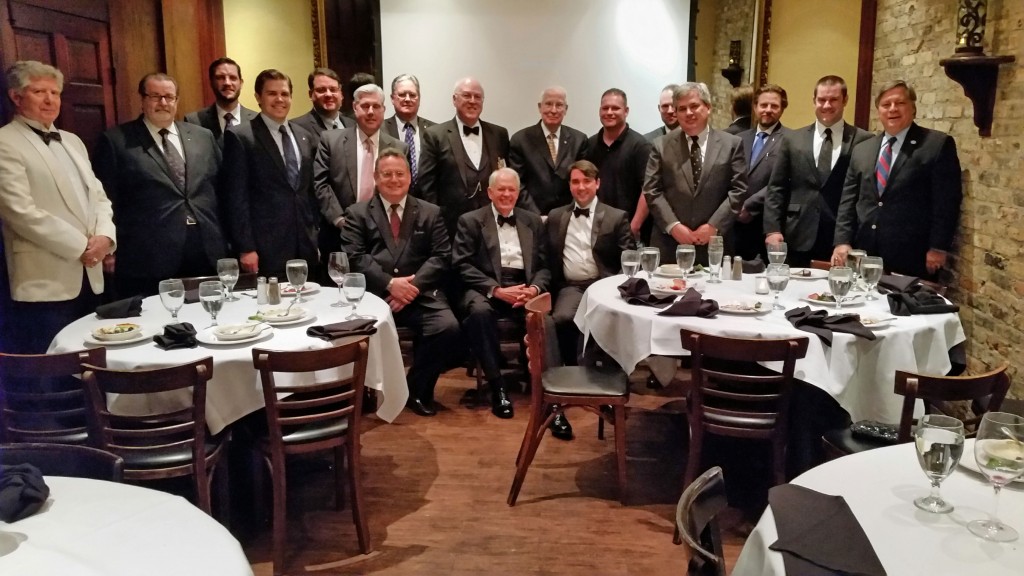 S. Brent Morris, 33°, Grand Cross, is Managing Editor of the Scottish Rite Journal, the largest circulation Masonic magazine in the world. He retired after 25 years as a mathematician with the federal government and has taught at Duke, Johns Hopkins, and George Washington Universities.

He is twice Past Master of Patmos Lodge No. 70, Ellicott City, Maryland, (1979 & 2000), and Quatuor Coronati Lodge No. 2076, London, (2008), a life member and Mackey Scholar of the Scottish Rite Research Society, a Fellow of the Philalethes Society, recipient of the Philalethes Society Certificate of Literature, an honorary Fellow of the Phylaxis Society, founding Editor of Heredom, the transactions of the Scottish Rite Research Society, and Grand Abbot of the Society of Blue Friars. 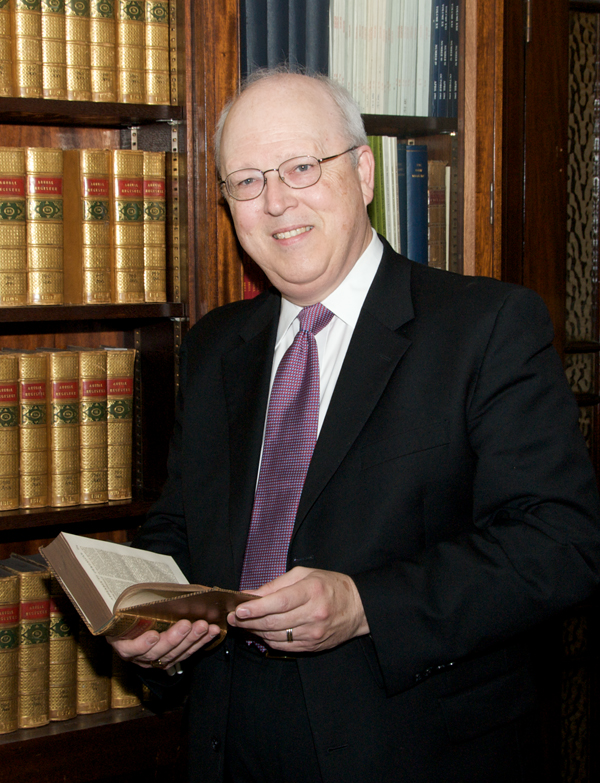 He is author of many articles on Freemasonry and the books,

•The Folger Manuscript: The Cryptanalysis and Interpretation of an American Masonic Manuscript, and

•A Radical in the East.

He and Arturo de Hoyos co-authored

•Committed to the Flames: The History and Rituals of a Secret Masonic Rite,

•Is It True What They Say About Freemasonry? and co-edited

•The Most Secret Mysteries of the High Degrees of Freemasonry Unveiled, and

•Allegorical Conversations. He is also co-editor of

•Freemasonry on Both Sides of the Atlantic, and

•A Daily Advancement in Masonic

Knowledge. He is also a member of the Shrine, York Rite, the Red Cross of Constantine, the Royal Order of Scotland, and the Allied Masonic Degrees.

Brother Morris gave a fascinating talk entitled “The Pope and The Pornographer” in which he explained the history of the Taxil Hoax.  The Taxil Hoax was one of a string of Hoax’s by Leó Taxil.  Mr. Taxil, in his early days was a Freemason, and made up many lies in an elaborate hoax against the Catholic Church.

After being found guilty of insulting a religion recognized by the state, Leó Taxil was kicked out of the Masonic Order.  A few years later, he claimed to have found God, repented, and joined the Catholic Church.  Then to sell more of his story books, he created what is commonly referred to as the Taxil Hoax, in which he made up a bunch of lies about Freemasonry.

It is because of this Hoax, and the Catholic Churches fear of us as an organization at the time, that the lies against Freemasonry became so popular.  Namely lies including us being worshippers of the devil or a false god.

The talk ended with statistics on how many sources of information are out there from these fictitious stories, which are in the hundreds of thousands, in comparison to the sources that explain the Taxil Hoax, which is unfortunately much less on the internet.

One thing was very clear.  We as Freemasons must do a better job of informing the public of what we are not.  We do not have to divulge our secrets, however, it would be un-masonic to let the world go on thinking that we are a religion against God.