Hiram A. Boaz was the second President of Southern Methodist University (1920-1922) a Methodist bishop, Namesake of Boaz Hall and Member of Hillcrest Lodge 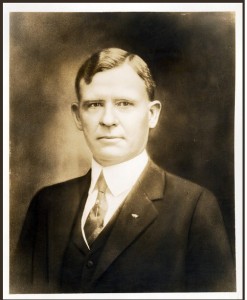 “The prize for the college building with the most Masonic name must go to  Hiram Abiff Boaz Hall at Southern Methodist University in Dallas, Texas. Boaz Hall (pronounced boze at SMU) is named after Ill. Hiram Abiff Boaz, 33°, President of SMU, 1920-1922, and Bishop of the Methodist Church, 1922-1962. Bro. Boaz was raised in Granger Lodge No. 677, Granger, Texas, and served as Grand Chaplain of the Grand Lodge of Texas in 1953. He later affiliated with Hillcrest Lodge No. 1318, across the street from SMU. He received the 32° on March 30, 1950, in the Valley of Dallas, the KCCH on January 4, 1956, and the 33° on January 11, 1958. While the records don’t indicate it, there is strong reason to believe that his father was also a Mason.”

The Following is taken from the University of Texas Guide to Hiram Abiff Boaz’s papers.

Hiram Abiff Boaz played a crucial role in the establishment and early years of Southern Methodist University. He was a major driving force behind the idea of erecting a Methodist university in the North Texas region. Serving as the president of Polytechnic College (currently Texas Wesleyan University) in Fort Worth in 1911, Boaz voted in favor of building a new university in Dallas. He became the first vice-president of SMU, and was later elected as the school’s second president in 1920.

The future president and Methodist bishop was born in Murray, Kentucky, on December 18, 1866. The family moved to Texas in March, 1873. Boaz attended Sam Houston Normal School in Huntsville, Texas; after graduation in 1887, he worked as a schoolteacher in Fort Worth. At only 23 years old in 1889, Boaz was licensed to preach, and two years later he was ordained in the Methodist Episcopal Church, South. Also in 1891, Boaz enrolled in Southwestern University in Georgetown, Texas. At Southwestern, Boaz became a member of the Kappa Alpha Fraternity, and graduated with a Bachelor of Science degree in 1893, and a Master of Arts degree two years later. He also received honorary degrees from Columbia, Kentucky Wesleyan College, Centenary College, and later SMU.

Boaz was still a young man (36 years old) in 1902 when he was elected President of Polytechnic College in Forth Worth (currently Texas Wesleyan University). During his nine-year tenure as president, the college experienced growth in student body, faculty size, and in the number of buildings on campus. Boaz worked to pay off the debt that Polytechnic held at the time he became president.

It was during his time at Polytechnic College that Boaz (and many other Methodists) first began thinking of establishing a major Methodist institution of higher learning. Several smaller Methodist colleges could be found in Texas and in the southern half of the United States, but Boaz thought in terms of building a school that would become the foremost Methodist university located west of the Mississippi. Such a vision led to the establishment of SMU, but it also brought him into direct conflict with his alma mater, Southwestern University.

Southwestern, the oldest Methodist university in Texas, had established itself in Georgetown in the 1870s. As the United States became a more urbanized and industrialized society by the end of the century, some thought a school would have to be located in a larger city. Doing so would go a long way toward ensuring the future well-being of the university, for a larger city would give it more visibility, a larger pool of potential students, and a larger network of potential donors.

At Polytechnic, Boaz proposed that Southwestern be moved to Fort Worth, and that the relocated institution could then become the renowned Methodist university he believed was necessary for the region. Writing to SU President Robert S. Hyer (who later became the first president of SMU) in March 1910, Boaz offered to procure land in Fort Worth for the university if Southwestern chose to move. A first-class college would still be located in Georgetown, but SU and Polytechnic would be merged into a new Methodist university.

In later years, Boaz recalled, “I graduated from Southwestern University in 1894. I saw then that there couldn’t be a great school in a small town and without the help of men of great wealth.” However well-intentioned his efforts to relocate SU might have been, the idea did not sit well with Georgetown residents, some members of the SU faculty and administration, and other alumni of the school.

Boaz ultimately failed to convince either Southwestern University or the city of Georgetown that removal of the school north was the right thing to do, but his idea did lead to a proposal by the city of Dallas for a new institution to be located there. That proposal led to the chartering of Southern Methodist University in 1911, and the opening of the school’s first academic year in the fall of 1915, with former SU President Robert Hyer as SMU’s first president.

Despite the fact that some argued that Boaz should have been appointed as the first president of SMU, he himself argued that Hyer was entitled to that honor. Boaz served admirably as vice-president, working especially to attract funding for the new university. In the years between the chartering and opening of SMU, Boaz was placed in charge of raising $500,000. His committee succeeded, instead, in raising over $750,000 by the end of the campaign in 1913.

In 1913, Boaz returned to Fort Worth as president of Texas Woman’s College (formerly Polytechnic College), and worked to improve its financial situation. His second tenure as president at the school ended in 1918 when Boaz became secretary of the Church Extension Board of The Methodist Episcopal Church, South.

In 1920, Boaz was unanimously elected to succeed President Hyer as the second president of SMU. During his brief two-year presidency, Boaz completed the same task he had undertaken at Polytechnic/Texas Woman’s: digging the school out of debt and improving its endowment. Boaz had already been crucial to initial efforts by SMU to raise money, and he continued working to attract donations to the school during and after his time as president. Boaz raised over $1,000,000 during his two-year presidency.

Boaz left the SMU presidency upon his election as a Methodist bishop in 1922, and was succeeded as president by Charles C. Selecman. During his years as a bishop, Boaz served in Asia overseeing church work, but returned to the United States in 1926 to take charge of the Arkansas and Oklahoma Conferences of the Methodist Episcopal Church, South, until 1930. For the next eight years he worked in several other conferences within Texas and New Mexico until his retirement in 1938.

The former president of SMU did not intend to remain aloof from university affairs in retirement, and again worked to raise money. SMU elected him as financial commissioner of the university, and during his years of retirement, Boaz helped raise several million dollars. He also organized the SMU Sustentation Fund, another yearly fundraising venue.

Boaz was recognized for all his work on behalf of SMU. In 1956, the university dedicated Boaz Hall, a men’s dormitory, in honor of him and his wife, Carrie. On that occasion, SMU Board of Trustees chairman Eugene McElvaney asserted, “If one university is ever the lengthening shadow of one man—the university would be this one and the man—Bishop Hiram A. Boaz.” Boaz, a sports fan, continued to enjoy hunting, fishing, and golf during his retirement, and was a devoted follower of the SMU football team, and faithfully attended their home games into his nineties. 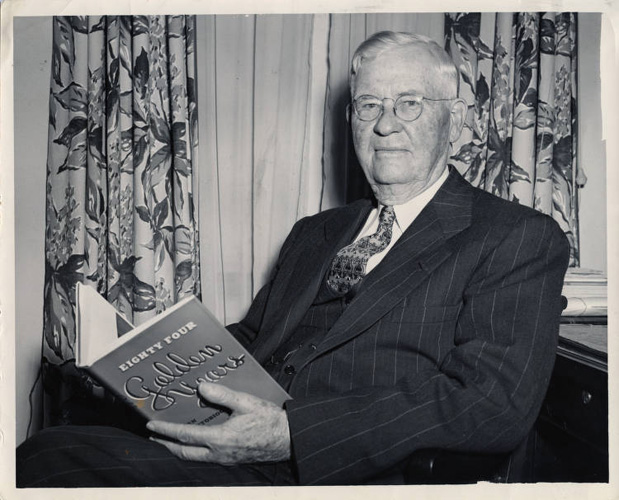