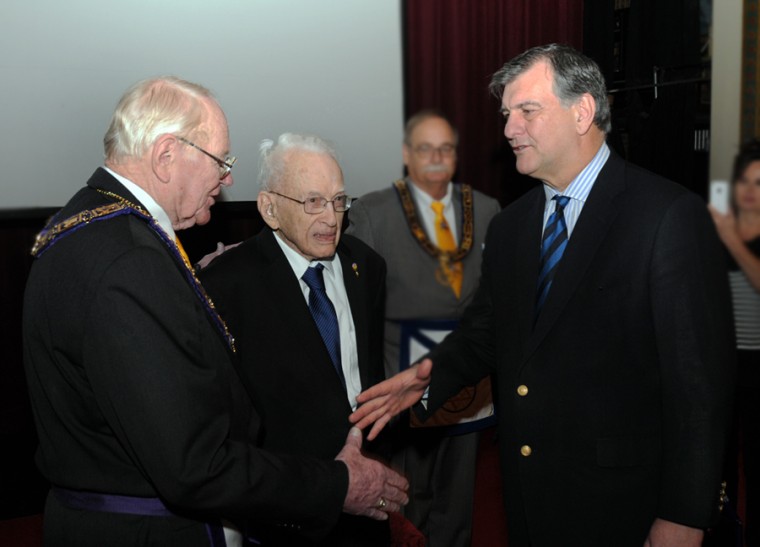 An Icon Becomes A Legend

James Kenner James K Biggs Sr., 109, a long time Dallas resident of Monticello West, died on May 6, 2012. James was born on December 5, 1902 in San Marcos, TX. James was a dedicated, active 85 year Mason, the longest serving Mason in Texas history. James was a member of York Rite, Scottish Rite, Eastern Star and the Shrine. James was a lifelong Christian, a loving father, grandfather, great grandfather and devoted husband of 58 years to Beatrice Coker, who preceded him in death.  You can find a copy of Brother Biggs’ favorite poem by Robert Burns, Farewell to the Brethren of St James Lodge Tarbolton

Here is the video from the Dallas Morning News Commemorating him for his 85 years of service to the Fraternity.

-The following Tribute was read at the event.

A Tribute to Our Brother, Mr. Biggs

A centennial and nine …marks short, two life spans of mankind.
Granted we all desire to journey such an extension, but life being
what it is, if we can’t, let us honor the specially rare ones that do!

Still in infancy, the Boy Scouts hone James
to “Be Prepared”.
–Soon thereafter, becomes a Scout Master,
the merit badge of commanding his own Troop.

An eleventh grade graduate receives a teaching certificate,
The summon to West Texas, James, a youthful teacher at 18,
teaches math and spanish in Marathon, Texas. –Later tangles with

The oldest of five siblings, leadership is second nature to James.

James takes lovely Beatrice, as a partner for life.
The Biggs’ married 56 years, raise a beautiful
family
of three precious children, two sons and a
daughter.

When asked about secrets of longevity, he proclaims –none.

Congratulations Brother James Biggs
–and thank you for running interference!

May GOD Bless You!