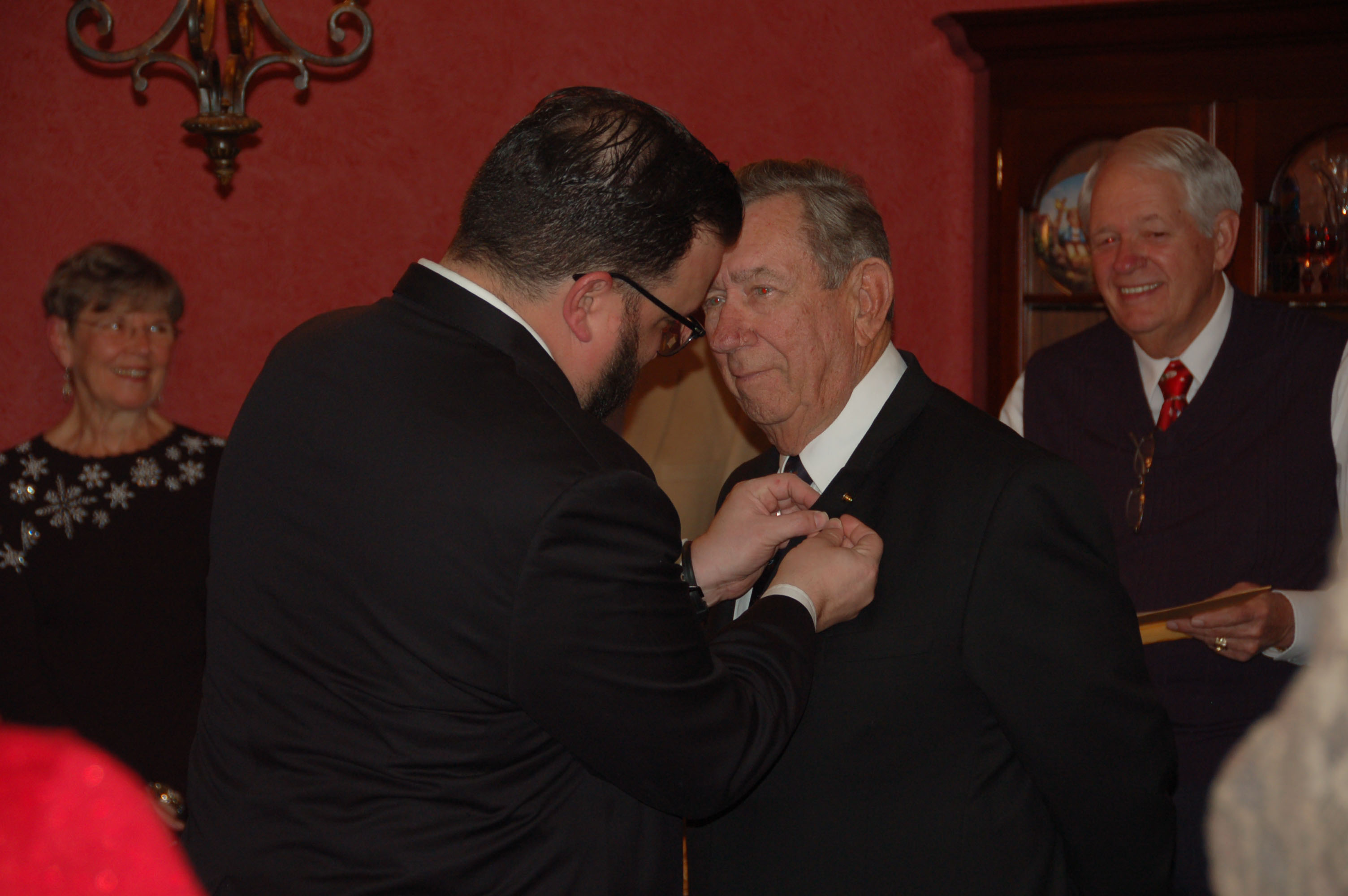 The Golden Trowel Award is something known in masonry given to very few men.  It is the highest esteem that brethren of a lodge can bestow upon any one member.  It is the equivalent of a masonic lifetime achievement award and is only given to those who the members believe deserve it, when they feel it is earned.  It can only be awarded once a year, and rarely is it deemed to be awarded by a lodge in consecutive years.  Here is the full list (and short list) of Hillcrest Masonic Lodge Golden Trowel recipients.

This year the Golden Trowel Committee decided it was time for one of the brethren of Hillcrest Masonic Lodge to receive the Golden Trowel Award and that deserving brother was our very dear treasurer, Harry Wood.

Brother Wood, who will also receive his  65-year service pin this year, was raised in 1947 at Maple Shade – Morrestown Lodge No. 281 in New Jersey. Harry served in a number of positions in his lodge before moving to Dallas. In 2004, Harry affiliated with Hillcrest Lodge and, in his Certificate of Good Standing, then Secretary Howard Cornell of his home Lodge commented, “He will be, if not already, a very active member.” Since joining Hillcrest, Brother Wood has tirelessly served our Lodge as Treasure for the past six years, a job he took on at age 83, and has been a regular fixture at our meetings, degrees, and Tuesday practices.

It is with great honor that we get to give this award to Brother Wood, and to Hillcrest Lodge’s benefit that we are able to call him Brother.

Photos from the Golden Trowel Ceremony