Freemasonry Pauses Wars: A Masonic Response To Violence In Dallas

A Personal, Fraternal, and Societal Tragedy

A message from our Worshipful Master, Chris Livingston…

As many of you know, I have spent the past decade representing police officers. I have represented over 200 officers on the scene of critical incidents, including officer-involved shootings. The month of July has been a hard one. In November of 1963 violence brought the national spotlight to Dallas. Another act of violence thrust Dallas into the national media spotlight again in July. Dallas lost five police officers. Five heroes. Three who I knew, and one who was a Brother Mason. July has brought a time of sorrow in Dallas.

Officer-Involved shootings have led to riots and riots have led to ambushes. It is a truth that violence, begets violence, begets violence, but no martyr’s cause has ever been silenced by an assassin’s bullet.  Nothing constructive has ever come from a senseless act of bloodshed.  As Senator Robert Kennedy said, “A sniper is only a coward, not a hero; and an uncontrolled, uncontrollable mob is only the voice of madness, not the voice of the people.” And so here we are today, in this place constructed by our forefathers, in a City now marred by violence, asking ourselves what can we do—as men, as Masons, as children of God?

Freemasonry in a Civil War Battle

On the night of January 1, 1863, Confederate Major General John B. Magruder attacked Union forces occupying Galveston, Texas. With field artillery and riverboats converted to carry cannons, the Confederate forces overwhelmed the Union forces at the wharf. 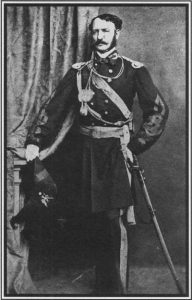 In the Bay, the CSS Bayou City and CSS Neptune attacked the copper-lined steamboat USS Harriet Lane, which was anchored in the Bay. The CSS Bayou City’s cannon exploded and the ship’s only way to attack was by ramming. While Confederate sharpshooters fired from the deck, the Bayou City rammed the Harriet Lane. 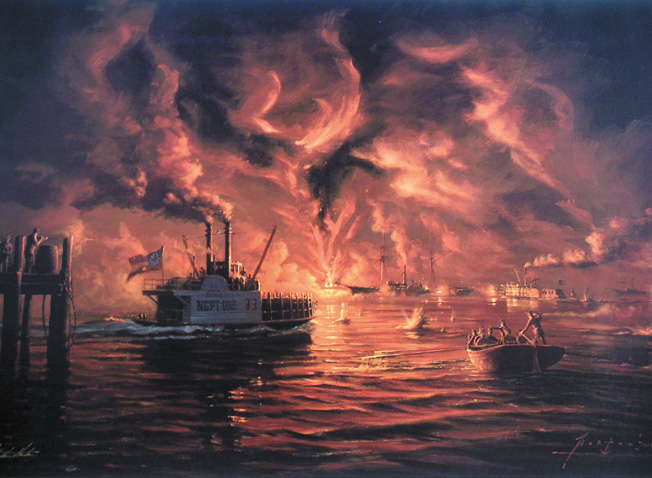 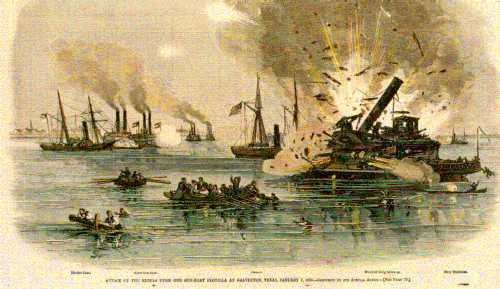 Union officers, who had been taken prisoner, proved themselves to be Master Masons and vouched that Captain Wainwright, who had been found dead upon the bridge of the Harriet Lane, was a Master Mason and they sought for him a Masonic burial.

The following day, Harmony Lodge No. 6 opened a “Lodge of Emergency” to bury Commander Wainwright with Masonic Honors. “A public procession consisting of ‘both friends and foe wearing the insignia of the Order’ accompanied the body to the Episcopal cemetery.” The minutes of Harmony Lodge record that Confederate Major Phillip Tucker, who was Master of the Lodge, observed, “It does not conflict with [our] duties as patriotic citizens to respond to the calls of mercy by a prostrate political foe, or to administer the last rite of the Order to the remains of a Mason of moral worth, although yesterday they met as an armed enemy in mortal combat.”

I’m often asked how successful Lodges are getting more members. The answer is, we know the value we provide. We are not the Rotary Club that sells business contacts. We are not Lions or Kiwanis Clubs, which sell community service. We are not the Benevolent Order of the Elks, who sell friendship over a beer. Freemasonry is all of these things, but Our Masonry is more.

We are providing a mystical bond; a bond of brotherhood that transcends ourselves and today eludes our society

Freemasonry is a Brotherhood that Pauses Wars

Freemasonry is a brotherhood that pauses wars; just like it did on January 2, 1863, it pauses wars. Freemasonry transcends violence. It is a mystic bond that has survived centuries and can take a lifetime of study to fully comprehend. We teach Brotherly Love, Relief and Truth, but we share a bond beyond those ideals. We are making Masons when we tie those mystic bonds of brotherhood.

God Bless my Brothers, my friends, our heroes, our first responders, and Our Masonry.

If you would like to know more about Freemasonry in Dallas and how to become a Mason, please reach out to us.