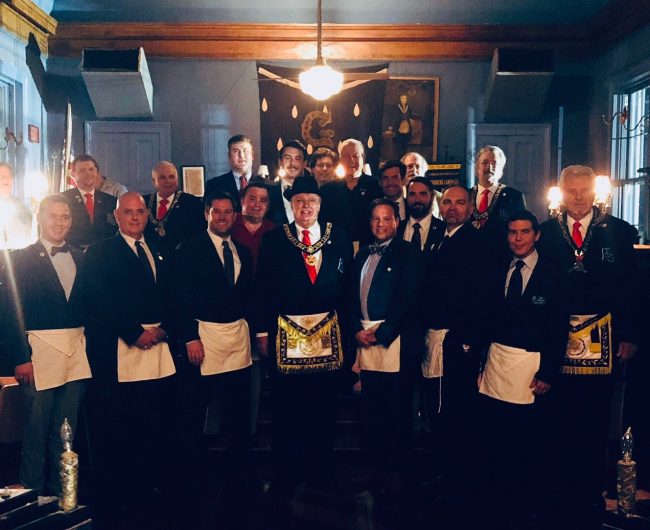 Several Hillcrest brethren traveled to New Orleans to see one of the few Red Lodges in the nation practicing Scottish Rite ritual. Etoile Polaire Lodge #1 was founded in 1794 just outside of the then city limits of New Orleans. Degrees were conducted in French until the 1950s. The building, constructed around 1840, is a striking three-bay, two-story Greek Revival structure. Masonic symbols adorn the building and the cast iron gate along Rampart Street, which dates to the 1880s.

While most Masonic lodges are considered “Blue Lodges,” practicing York Rite rituals, Etoile Polaire #1 is one of ten lodges in the state of Louisiana with permission to operate as a “Red Lodge,” using old Scottish Rite rituals. Every Mason should try to see these impressive degrees at least once. The traveling degree team consists of many members of the Grand Lodge of Louisiana, including the Grand Master.

After seeing, and getting to participate in, the Entered Apprentice degree, the brethren retired to Bourbon Street for more fellowship. Past Master David Ritter said of the trip, “We had been trying to schedule this for the past two years, I’m so glad it finally happened. This was an amazing experience!” 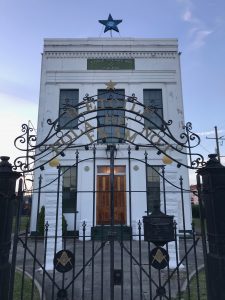 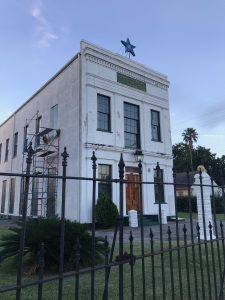 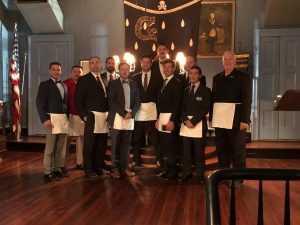 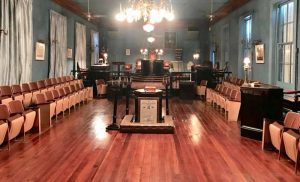 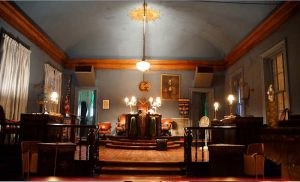 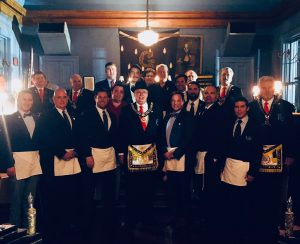 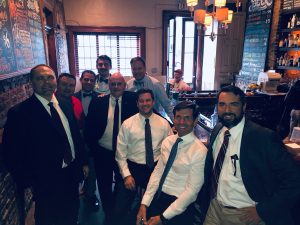 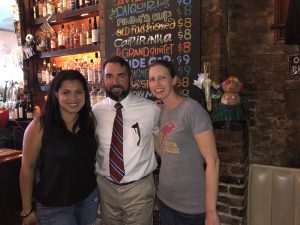 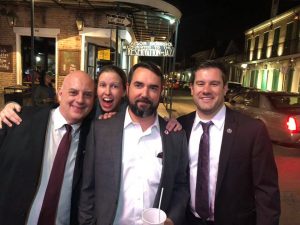 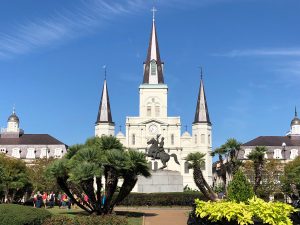 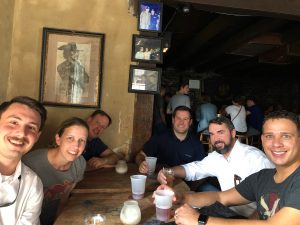